National Network of Indian Depression Centers Partners with the NNDC

Loyola Medicine psychiatrist Murali Rao, MD, is founding chair of the National Network of Depression Centers – India Foundation. “We aim to bring mental health literacy to a population for whom the stigma of depression is the greatest obstacle to seeking treatment,” Dr. Rao said.

Dr. Rao, who is from India, is chair of Loyola Medicine’s department of psychiatry and behavioral neurosciences and a nationally known expert on depression.

An agreement signed July 9 recognizes NNDC-I as an affiliate member of NNDC, a nonprofit consortium of 25 leading clinical and academic institutes in the United States, plus affiliate members in Canada and Germany. 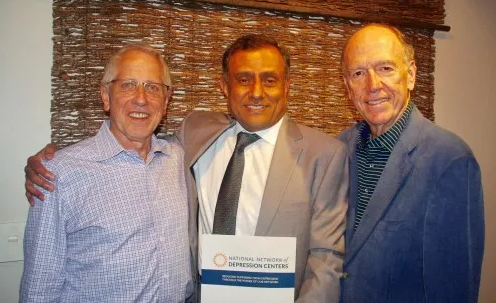 Click the link to read a special message from our Executive Director!

Have a wonderful, restful weekend friends.

Looking for ways to help your partner during a Bipolar Depression? Take a look at this article for six great tips.